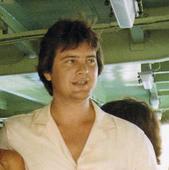 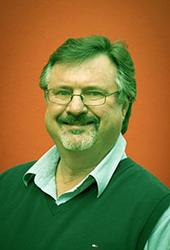 Dr Wayne Peake was born in Sydney in 1960. He was educated at East Hills Boys High School (mostly in English and history,  by Mrs Elizabeth Newton), The University of Sydney and  Western Sydney University.

He began going to the Sydney races each Saturday in 1975, and on Wednesdays whenever he could sneak away from school sport. He was a successful punter (by his own estimation) until, co-incidentally, about the time he met his future wife. Thereafter his form began to taper off. He is still happily married to his ‘best bet and first selection’, nevertheless.

He says: ‘there was never anywhere I would rather have been than at a racecourse, from Randwick to Murwillumbah and Broken Hill and anywhere in between. But I love a country race meeting best of all – the rougher the better. You can’t beat an Australian "picnic" bush meeting, especially one that has a race ball before or after it.'

Wayne’s racing fiction conveys the pleasure and excitement of going horseracing in Australia in the high summer with the cicadas singing. Several plots entwine key events and characters from Australian horseracing history. Each story deploys and indeed celebrates the endless possibilities of the language of racing and its contribution to Australia’s vernacular and figurative language.

‘Among other thing these stories show how entirely a love of racing can absorb the smitten,’ Wayne says, ‘the sheer joy the anticipation of going to the races brings and the exhilaration that comes with arriving on course - even though what follows might prove a financial disaster!’

In addition to light fiction Wayne writes horseracing history. Publications include 'Slipper Loveletter' and Rosehill: Racing's Oasis in the West, the book Sydney’s Pony Racecourses: an Alternative Racing History, and chapters in the books The Cambridge Companion to Horse Racing  ('Sydney or the bush: adaptation, centrality and periphery in Australian horseracing') and A Global Racecourse  (Taking the heat out of the ‘Red Hots’). He has been invited to discuss the history and culture of Australian horseracing on ABC Radio on a number of occasions.

Wayne’s latest book is Wandrin’ Star: Wild Jack Peake of Peakhurst, a collection of stories about his father, who he describes as ‘a blue-singletted drinker, gambler yarn-spinner and spieler’ native to the district bounded by Hurstville, Bankstown and East Hills in south-western Sydney.

Wayne is currently working on a second collection of racing short stories, including ‘The Jockeys versus Trainers Cricket Match’, articles on punting theorist Don Scott and racing writer Bert Lillye for the Australian Dictionary of Biography,   a journal article on the manslaughter of bookmaker ‘Big Mick’ McLeod on the Flemington Flat in 1906, and The Schoolboys' Companion to Sydney Horseracing in the 1970s.