What was pony racing? For some the name conjures images of children riding Shetland ponies in ‘hay-bale' hurdle races at agricultural shows. This is totally misleading; in Australia, pony racing was the name given to a sport conducted at  racecourses that raced outside Australian Jockey Club and Victoria Racing Club jurisdictions and were so popular they were a constant thorn in the side to these clubs of the establishment. It was racing's pioneering equivalent of the 'Super-league' and World Series Cricket schisms. Most races at 'pony' meetings were in fact contested by fully-grown thoroughbreds.
Some writers have perpetuated myths about pony racing, depicting the sport as a rough-and-ready, corrupt form of weekday racing, featuring midget horses on miniature racecourses, existing only during the Great Depression. It has been suggested that pony racing appealed to the desperate, the 'needy and greedy' elements of the working class only. Sydney's Pony Racecourses demonstrates that such assertions are without basis. The sport was one of the country's biggest industries, with the prize money for its cup-races matching the Cox Plate. Some of its Sydney racecourses were rated second only to Randwick, and for a time it was more popular on Saturdays than Australian Jockey Club racing.
The four pony racecourses between the city and Botany Bay were an integral part of Sydney life during the first half of the 20th century. Existing histories of horse racing fail to acknowledge the contemporary importance and popularity of pony racing. This alternative history of horse racing enables pony racing to claim ‘[its] fair share of the past.’

'Wayne's comprehensive history of this almost forgotten form of racing, Sydney's Pony Racecourses: an Alternative Racing History, is the definitive work on the subject and we owe a debt of gratitude to Wayne for preserving the social history of this other, hugely popular, form of racing.'
Jim Haynes, The Big Book of Australian Racing Stories

'Peake’s book outlines the history of proprietary racing from the early nineteenth century humble beginnings to the development of rival racing organisations and multiple courses and its transformation to a well-marketed sport through the work of the first generation sports entrepreneurs, who also formed links between pony racing and other gate money sports. Peake also examines the incredible concentration of courses in Sydney’s south-eastern suburbs and provides us with detailed information on their design, structure and facilities. However it is in his discussion of the participants, both equine and human that Wayne Peake really excels. He disputes the ‘memory’ of pony courses as inferior and badly run, with inferior beasts competing, cheered on by the inferior levels of a class structured society. Through his inspired use of photographic evidence Peake is able to show us clearly that the huge crowds attracted to the pony courses were similar in class and gender to the attendees at the registered courses, that the jockeys and trainers were similarly the equal of their assumed betters and that many in fact made the transition across to the registered, thoroughbred ranks, as did many of the horses involved. Indeed many shared the breeding of horses which raced regularly on the registered tracks but were simply a little shorter in stature.'

‘It is rare, during research, to find a publication that so completely and brilliantly records the history of a topic, but Wayne Peake's The History of Sydney's Pony Racecourses is just that – an overwhelmingly accurate, expertly presented recording of Sydney's pony tracks. During the writing of Peter Pan I relied heavily on Dr Peake's book to describe the layout of Victoria Park and Rosebery, their buildings, aspects, people, down to their very views towards the city. It was all there. For the racing historian, this book is a vital tool. For the average reader, it is a deep pool of interesting facts and figures. I could not have written Peter Pan in the same vein without this book. It is the only one in existence which records so exhaustingly this fascinating era of Sydney racing.’

Between 1888 and 1942, unregistered pony racing broke away from and challenged registered horseracing to become one of Sydney's most popular sporting industries. It was also big business elsewhere in Australia, and in England, South Africa and India. Peake's important contribution to Australian sporting and public history focuses on this little known phenomenon. Sydney's pony racing epicentre stretched from the city to Botany Bay, with the main courses located in Rosebery, Kensington, Ascot and Victoria Park. A fascinating picture of the sport's prominence in Sydney life over half a century emerges in these pages. For example, on January 1, 1918, 12 000 punters attended a meet in Victoria Park, where they managed to vote on the course in the second referendum on conscription. Challenging historical orthodoxy, Peake argues that the pony racing culture was not a haven for working-class loafers and spielers, the poor, alcoholics, prostitutes, inveterate gamblers, and criminal syndicates. Rather, pony racing was a complex trans-class affair reflecting broader socioeconomic divisions and aspirations, thus meriting the nuanced excavation of historical detail that Peake brings to his subject.’ 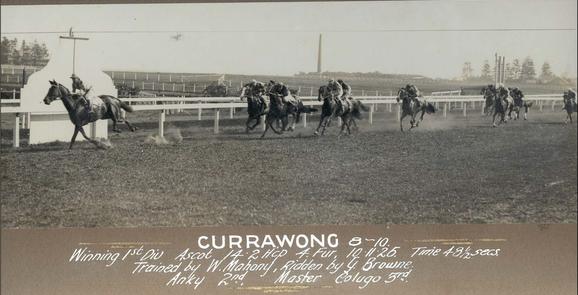 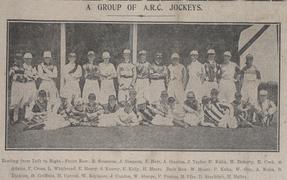 'I can honestly say that it [Sydney’s Pony Racecourses] is the best piece of historical research and intelligent writing on Australian racing that I have read in my long travels over the subject.’

Dr Andrew Lemon, author of The History of Australian Thoroughbred Racing vols I to III 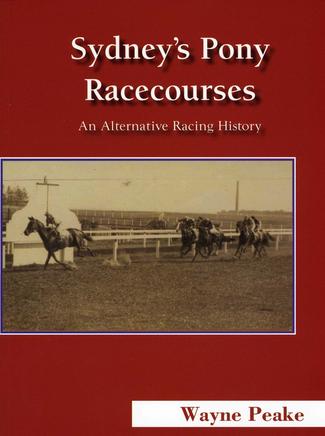